All the flutter about a movie premiere, the critics watching and the press covering the event. That’s what an actor or an actress has to go through when they’re working on a movie and some of our students had the chance to see every step of this process.

“Todo Clichê do Amor”, a movie staring Marjorie Estiano (who was our student a few years ago!), Débora Falabella, Maria Luisa Mendonça and Gilda Nomacce (she was our student in Rio, when the school was only a little studio!), under the direction of Rafael Primot, who is not only a director, but also an actor (and he was our student too!), premieres on April 19th and, in a partnership with our school, they’ve made all the premiere event at the Nair Bello Theater and that’s why our students could experience all of this. The students who had the chance to participate were chosen in a sortition and they’re all about to graduate and start battling to work on this area.

The students watched the movie in the theater with the critics and the press, after this they’ve participated on the press conference and they could ask their own questions to the cast and the director. These kinds of events are very important to show the students the daily life of actors and actresses that already have a successful career.

The movie, wich was made in a independent way, will be in 15 brazilian capitals.

“Todo Clichê do Amor” tells the history of a passional prostitute who decides to be a mother, a delivery man who commits a murder as a proof of his love to a committed waitress and it shows the last chance of a stepmother to attract her stepdaughter’s love during her husband’s funeral. From the lack of affection and mistakes of this outsiders a new and unexpected form of affection comes to life. 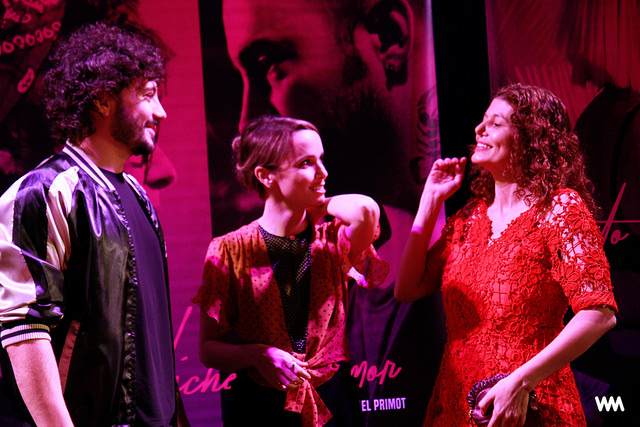